Christopher Nyegres, afraid of the catastrophic failure of the modern food sources, has trained himself to live off of only what the land provides. Doesn't sound like a challenge? Christopher is prepared to do it in Los Angeles County.

Producer's note from Nick Weissman: "What would happen if four million people were suddenly without highways, electricity, water, or food? The USGS predicts that in the next 25 years, California has a 60 percent chance of a magnitude 7 quake or higher. Though 60 percent may seem low, if “the big one” does occur, the city and its population could be without vital necessities for weeks. Christopher Nyegres is prepared to live off the land.

Just like the Tongva Native Americans did when they occupied the land surrounding Los Angeles, Christopher has learned to live off the common shrubs and weeds that grow nearby. Some plants he uses for food, some he gathers for medicinal purposes, and others he uses to harness water in the event that potable water is unavailable. Christopher carries a flint for fire, but as a fail-safe, he can also make fire with a wood-carved drill and a shoestring. Armed with plant knowledge, a nonconventional bug out bag, and ever-expanding arsenal of urban survival skills, it was clear to our crew that Christopher is at ease with whatever Mother Nature throws at him."

"I'm prepping for a killer earthquake that could completely flatten the city of L.A." 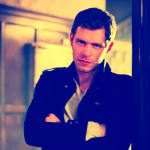